SECURITY
Gabby Hassan
7/22/13
I don’t exactly live in the safest neighborhood. A few weeks ago there was a break in down the street from me and it really had me worried. I don’t have thousands, or even hundreds, of dollars to install a new security system. I couldn’t sleep, and demanded to have someone with me in the house at all times. Even worse, my electrical bill was through the roof because I left my lights on at all times in order to make it appear that someone was always there.One lazy Saturday afternoon, as I flipped through the TV channels, I saw a news report on a special type of light that serves as a burglar deterrent. This affordable, small light mimics a television program, making it look like your TV is on when you’re not home. The light deters potential intruders from entering your vacant home as they are under the impression that it is occupied. The device comes with scene changes, color changes, and a built in sensor and timer. This light is affordable, and worth every cent as it is an LED light meaning it will last a ridiculously long time, and use 50 times less energy than a television! Initially I assumed that it would be a big aesthetically displeasing light, but in fact, it is only the size of a coffee mug! It still amazes me how it manages to give off light equivalent to that of a 27’’ inch HDTV despite its small size. The light allows me to feel more at ease, and while I am aware that it is not the best security that money can buy, I know that it greatly decreases the chance of an intruder entering my home. Now I can sleep easier… and so can my friends and family now that I don’t keep them up with my worried calls all night!
With all the crime going on in the world today, BulbAmerica.com believes in taking every possible precaution to ensure the safety of its customers. The FakeTV is an affordable way to add another security measure to your home. Go to BulbAmerica.com and order one today! 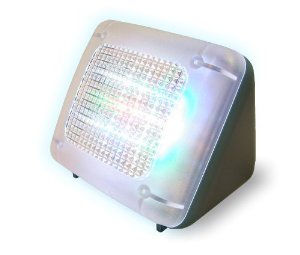