What you need to know about the Philips L-Prize


Just when you thought all was quiet on the light bulb front, along comes another spoon of outrage to stir the pot. The latest trouble bubbled up last week with an article in the Washington Postunder the rather overheated headline “Government-subsidized green light bulb carries costly price tag.” Things went quickly downhill from there as a slew of right-leaning blogs flogged the meme of a $10 million government investment in a light bulb that the article claimed would retail for $50, far beyond a realistic price for the general consumer market. 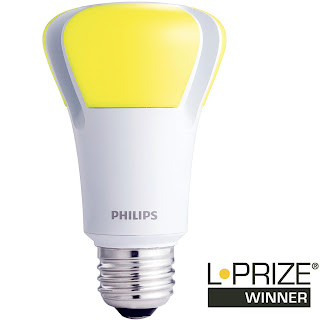 Things got so bad so quickly that Philips, manufacturer of the now-infamous “green light bulb” was compelled to issue a press release last Friday to defend both itself and the Department of Energy, which did indeed put up $10 million for its Bright Tomorrow Lighting Prize (aka L Prize), which was designed to spur private sector investment in high-efficiency lighting technology.
So, did we really pay $10 million and all we got was this lousy $50 light bulb?
The truth about the $50 light bulb
In a word, no.
Philips states that the actual retail price of its prizewinning bulb will be closer to $20, comfortably within the L Prize requirement of $22. That’s because the bulb will be sold through partnerships with utility companies, which will offer up to $30 in rebates.
As of last summer, when Philips was announced as the L Prize winner, the Department of Energy already had 31 utilities and other partners lined up to participate in the rebate program.
How a $50 light bulb saves you money
Philips also states that even without the rebate, the lifetime cost of its new bulb is only $82 compared to $213 for a conventional incandescent bulb, based on an electricity rate of 11 cents per kilowatt hour.
The sticky wicket is that incandescent technology is so cheap and simple, we are used to treating light bulbs like we treat disposable paper cups. At the $20 price point, advanced-technology light bulbs need to be viewed more like minor household appliances, like a clock or a blender, that are worth packing up and taking with you when you move.
Calculating the true lifetime cost of Philips’s new light bulb
In a detailed analysis of the Washington Post article, Brad Johnson of Think Progress points out that an earlier version contained no textual analysis of lifetime costs, only an infographic based on “extremely wrong” calculations. The infographic was later stripped from the article without explanation and replaced with more accurate information.
Philips’s new bulb is a 60-watt equivalent LED (light emitting diode) that uses only 10 watts, and it has a life cycle of 30,000 hours as demonstrated through extensive testing during the L Prize process. According to the Department of Energy, the typical lifespan of an incandescent bulb is only 1,000 hours.
Why such a fuss over light bulbs?
As for why a high-tech light bulb would send so many pundits into a tizzy, that goes back to last year, when legislators and thought leaders in the Republican Party tried to leverage new federal energy efficiency standards for light bulbs as a political wedge issue.
The­­­ new standards – which were signed into law by President Bush – began to phase in as scheduled on January 1 with barely a ripple of protest by actual consumers, so it looks like the L Prize is the next logical target for outrage – although, in the context of the $4 billion in annual subsidies that President Obama is fond of ascribing to the oil industry, $10 million to develop beneficial energy-related technology is small potatoes.
The benefits of a $10 million light bulb 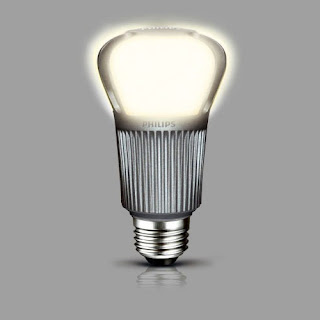 Despite its dinky size in relation to other energy-related subsidies, the L Prize could have a significant impact on the U.S. energy landscape. The Department of Energy estimates that lighting sucks up about 18 percent of total U.S. electricity generation, so lighting is a logical target for an energy efficiency makeover, which in the case of incandescent light bulbs is sorely needed.
The century-old incandescent technology uses about 10 percent of its energy for light while cranking out the other 90 percent in the form of heat, which adds insult to injury by dumping an extra demand on air conditioning systems.
If widely adopted, high-efficiency lighting like the new Philips bulb could result in significant direct savings for individual households, as well as indirect savings related to a reduced demand for more power plants.
Energy-efficient lighting could also help more households meet their full energy demand with alternative sources, namely photovoltaic installations. With more households generating their own energy on site, the need to construct large centralized power plants is further reduced.
Green bulbs, green jobs
Demand for the new bulb would also help boost job creation in the U.S., since one condition of the L Prize is a U.S. manufacturing base.
Somewhat repetitively, that puts right-wing criticism of Philips’s new bulb in or near the same U.S. job-bashing category as the recent slagging of GM’s Chevy Volt. None other than the notorious Rush Limbaugh has called the Volt practically everything but “slut,” though it is manufactured in Detroit).
More and better green light bulbs
Meanwhile, undeterred by all the brouhaha over the Philips bulb, last week the Department of Energy announced that it is forging ahead with the next phase of the L Prize Competition. The new phase is designed to spur the development of high efficiency LED replacements for spotlights and floodlights commonly used in retail stores and track lighting as well as outdoor security lights.
Source: TriplePunDit
By David | 07 May, 2012 | 0 comments
next post → ← previous post