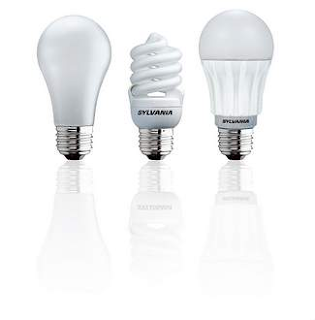 When it comes to light bulbs, many consumers need some enlightenment.
The first round of a federally-mandated phase-out of traditional incandescent light bulbs that will be done over a three-year period began on Jan. 1. But according to press materials from The Home Depot, recent reports from The United States Department of Energy indicate that a large percentage of consumers are not informed about the upcoming changes in lighting options. And with those who are, there’s been some resistance toward new efficiency and labeling standards that will eventually force an across-the-board switch to bulbs that use less energy.

Ted Leszczynski, electrical department head at The Home Depot in West Norriton, sheds some light on the subject.
“The initial (Jan. 1) phase-out was only for 100-watt bulbs, and people … are under the impression it was all incandescent bulbs,” Leszczynski said.
In January 2013, 75-watt bulbs will be phased out, and in Jan. 2014, the 40- and 60-watt bulbs go. Phased out bulbs can no longer be manufactured or imported but can be sold in stores as long as they’re in stock.
“We still have a good amount of 100 watts left,” Leszczynski said. “(Customers) say, ‘I know I can’t get these anymore,’ and I say, ‘Well you can get them, because we still have them, but I’ll always give them their other options.”
The alternatives are LED bulbs and compact fluorescent light bulbs (CFLs), and Leszczynski said he offers them to customers in that order.
“Through the life of a compact fluorescent you save maybe $50, because the life of the bulb is less (than an LED),” he said.

“Everybody that comes in kind of shies away from the LED’s, which is actually your best bang for your buck. But they’re a little pricey right now, so your average bulb can cost you somewhere between $22 and $39, but it will last you like 22 years.
“With the compact fluorescent, “ Leszczynski continued, “if you got a 65-watt compatible four-pack, you’re paying $7, and that will last roughly seven years.
Source: The Times Herald
By David | 05 March, 2012 | 0 comments
next post → ← previous post