Automakers ditch incandescent lights, inside and out 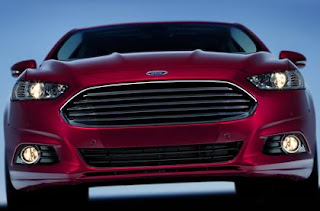 Say goodbye to those incandescent light bulbs: Not just in your house, but in your car.

Just as Thomas Edison's favorite bulbs are on their way out inside homes, now automakers are ditching them as well in cars in favor of more reliable LEDs. Ford is in the forefront.

Not only are incandescents gone as headlights and taillights in favor of light-emitting diodes, but illumination for the instrument panel, dome lights and ambient lighting are all LEDs as well.

LEDs are smaller so they package better, but also are more durable, use less energy and the costs have come down to the point where they are roughly similar to the outgoing incandescent bulbs.

While incandescent bulbs have a lifespan of about two years, LEDs will outlive the vehicles they are in, said Mahendra Dassanayake, technical leader for Ford design.

On the Ford Fusion, consumers can choose between ice blue, blue, purple, orange, red, white and green.
The automaker is not alone in choosing a shade of blue, a color that promotes alertness, studies show. General Motors, for example, uses a lot of blue in its interiors.

Until eight years ago Ford had green as its mainstay color – using incandescent bulbs and a color filter – but it was a raw shade of green that was not very friendly, Dassanayake said. Green is part of the new palette but the LEDs produce a more soothing and relaxing shade, he said.

The current Explorer and Edge adopted the new ice blue in their interiors, Arbaugh said. And when the new Escape and C-Max go on sale, they also will be awash in the new hue. "It's the grand commitment."

Dassanayake said proper lighting consists of the right graphics and colors and contributes to safer driving by keeping the driver calmer, more alert and better able to concentrate on today's distracting roadways.