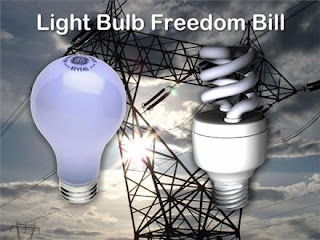 COLUMBIA, S.C. (WACH/AP) -- An environmental group wants South Carolina senators to reject a bill meant to trump federal energy standards by allowing manufacturers to make and sell traditional incandescent bulbs.
The so-called Incandescent Light Bulb Freedom Act would allow the the traditional bulbs derided as energy hogs to be made in the Palmetto State and stamp them as "Made in South Carolina." They could only be sold in the state.

Ryan Black of the Coastal Conservation League told a Senate panel Wednesday the bill it circumvents federal efforts to save electricity.

Proponents say the more efficient compact fluorescent, halogen and LED bulbs cost too much, and they don't like the light they provide. Critics say the incandescent bulbs waste energy and generate too much heat.
Sen. Kevin Bryant says government shouldn't tell residents what kind of light bulb they can buy.
But Republican state Rep. Mike Pitts of Laurens said that heat can be used for other things such as keep doghouses warm in the winter and baking small cakes in Easy-Bake Ovens.

New federal standards requiring 100-watt bulbs to be more energy efficient were supposed to kick in Jan. 1. But a bill Congress passed in December blocks enforcement until October. Similar standards apply to 75-, 60- and 40-watt bulbs in 2013 and 2014. The change is part of the federal Energy Independence and Security Act then-President George Bush signed in 2007.

No action was taken Wednesday. Bryant's subcommittee advanced the bill last year. It is awaiting debate in full committee.

What do you think about a bill that would work around a federal law and allow continued manufacturing of incandescent light bulbs in South Carolina? Would it bring jobs or set back the green movement? What's the trade off? Vote in our poll below and leave a comment to weigh in.