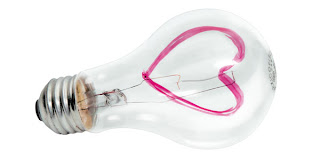 The incandescent light bulb has been around for more than 130 years. But starting in January 2012, it will become a piece of history, pulled off the shelves in all 50 states—unless a group of fired-up conservatives manage to spark a mini-revolution over states’ rights.

In 2007, George W. Bush signed the Energy Independence and Security Act, requiring light bulbs to be at least 28 percent more efficient by 2014. Three-way bulbs and some specialty versions are exempt, but otherwise the law virtually guarantees that LEDs and compact fluorescents will gradually replace incandescents, starting with 100-watt bulbs in January. According to the U.S. Environmental Protection Agency, the result will be lower energy bills and less pollution. Some conservatives view it as a nanny-state power grab.

Michele Bachmann, the Minnesota congresswoman and Presidential candidate, was one of the first national figures to fight for the right to light up a room Thomas Edison-style. In March she introduced the Light Bulb Freedom of Choice Act, which sought to repeal the energy efficiency standards. Her bill went nowhere. In July her colleague, Representative Joe Barton (R-Tex.), gave it another try. His Better Use of Light Bulbs Act got 233 “yeas”—a good showing, but not enough to save the venerable bulb.

Washington having failed them, the light bulb brigade is now taking its case to the states. Legislatures in Georgia and South Carolina are considering bills that invoke the state powers spelled out in the 10th Amendment to argue for allowing incandescent bulbs to be manufactured and sold within state lines. Last month in Lansing, Mich.—80 miles from a replica of the lab where Edison perfected the light bulb—the Republican-controlled House of Representatives passed a bill that would let the bulbs be made and sold in the state. “There’s no reason our citizens should have this choice taken away from them,” says state Representative Tom McMillin (R-Mich.), who introduced the legislation. “Plenty of people like [incandescents], plenty of people don’t like the alternatives.” The lawmakers hope that if their measures pass, Congress will reconsider the energy efficiency rules.

Some of the states, including Michigan, aren’t currently home to a light bulb manufacturer. The three largest light bulb makers—General Electric (GE), Osram Sylvania, and Royal Philips Electronics (PHG) —either don’t make regular incandescent bulbs in the U.S. or will phase them out in favor of technology that meets the new federal standards, according to the American Lighting Assn. “The future is LEDs,” says W. Lawrence Lauck, the association’s vice-president of communications. “That’s what the lighting industry is gearing its investments toward.” McMillin says that if his law passes, the birth of a light bulb industry in Michigan “could happen.”

One state is giving bulb activists hope. In May the Texas legislature adopted a measure almost identical to McMillin’s, despite opposition from environmental groups that argued it made Texas look like it was marching into the last century. Governor Rick Perry signed it into law in June. Unless a court overturns it, Texas light bulb factories—which currently number zero—will be free to light the way, the old-fashioned way.

The bottom line: Politicians in Texas and three other states are invoking the 10th Amendment to defy a federal law phasing out incandescent bulbs.