BEYONCE SHINES
Gabby Hassan
8/6/13
On August 4, 2013, I experienced the best concert, no, one of the best nights of my life. I arrived at Barclays center at 7: 45pm, trembling with excitement. I was there to see the one and only Beyonce Gisele Knowles Carter.

The show did not officially start until 8:00pm, and Beyonce was not scheduled to come on until 9:30! I spent a good amount of time roaming the newly built Barclays center buying apparel and snack while suffering from immense pre-show anxiety. Finally, at 8:45 we decided to go to our seats and enjoy the opening act; Luke James. He did a great job but I found myself too excited and distracted to really enjoy his music in my wait to see Queen Bey.

At about 9:30pm the lights dimmed, the curtain came up, and out came the striking Mrs. Carter.  Her voice sounded even better live, her dance moves were out of this world, and her sheer presence was staggering. As if she wasn’t unbelievable enough, the light displays were the best I have ever seen and only added to the show. I later found out that it was actually one of the brightest shows ever performed, and Beyonce worked together hand in hand with the technicians to perfect the lighting effects. Let me tell you, she beyond succeeded. She looked like a Goddess up on stage and was even suspended in the air floating above the audience mid song. The lighting made the production enormous and each song had a lighting effect that was suited perfectly to its melody.

The use of LED SGM X-5 strobes made the stage look extremely dramatic and bright. I could not take my eyes off the stage even for a second. The mix of Beyonce’s stage presence and the light effects made it impossible for me to sit even for a second.  I would have to say one of the best effects were the strobe lights that illuminated the second stage as she descended on to it from a trapeze belt in midair. For an hour and a half from “End of Time” to “Halo”, Beyonce never stopped or faltered even for a second. The lights highlighted her talents and she truly gave her all and shined.
Now I am not saying that by buying great Strobe and LED performance lights you can put on a show as great as Beyonce, However I do believe when used correctly, they add A LOT to a production or party. At bulbAmerica.com you can find affordable performance and party bulbs to suit your every need and take you event to the next level.


And if you have never been to a Beyonce concert I suggest you get online and buy tickets this second to witness the performance of a lifetime! 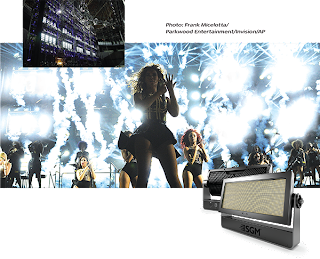 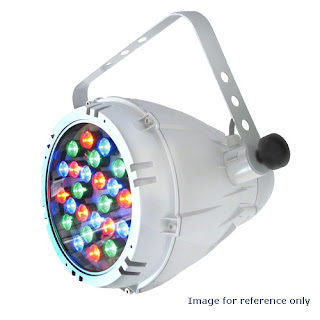